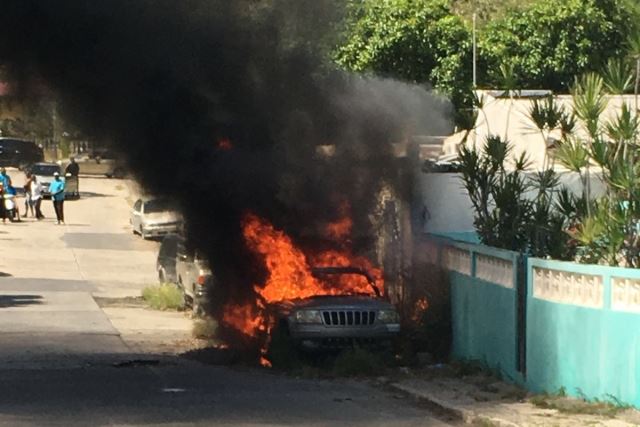 According to the St. Maarten Fire Department, a pickup truck and a jeep burst into flames at around 2:15pm totally destroying the vehicles.

Nearby homes were threatened at one point by the large flames however the threat was eliminated shortly after by the men of the Fire Department.

The incident took place in South Reward, close to the residence of the island’s Prime Minister.

The two vehicles which did not bear any number plates and which was parked in that location for an extended period of time, was completely destroyed by the fire on Tuesdayafternoon.

After the fire was put out, a cooking gas bum was discovered inside of the jeep. The owner of the jeep had no idea how the gas bum got there.