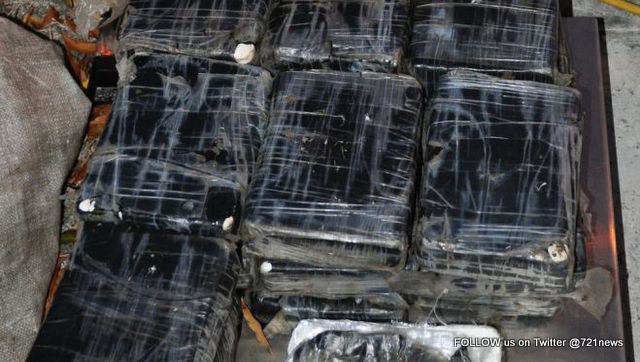 AIRPORT — The Customs Department at SXM Airport this week intercepted a large quantity of drugs. According to information reaching our news room, the Customs Officer intercepted at least 12 kilos of the drug cocaine.

The drugs were found in a suitcase belonging to a man that was travelling from Curacao on an Insel Air flight.

He was questioned by the authorities on Tuesday and was still being questioned on Wednesday as the investigators try to get uncover information as to the origin and final destination of the drugs.