GREAT BAY – There was a good reason for members of the arrest team to show up in court with balaclavas and ski masks, because the defendant they accompanied – 37-year old Felix Floyd C. – stands accused of five armed robberies and an attempt at ill-treatment with a weapon, while another nine cases are still under investigation.

On two occasions, he fired shots at police officers. C. was shackled and handcuffed – a treatment served only to the most dangerous defendants.

On June 2, 2015, the defendant threatened the residents of a home on the Celsius Street with a firearm. “Where is the safe?” he asked them. C. forced the residents to walk with him through the home, he forced them to lie down on the floor and he attacked them with pepper spray. In the end, he stole €450 and a smartphone. The prosecution also charges C. with simple theft of this phone.

A couple of weeks earlier, on May 19, 2015 he broke into a home on the Port of Spain Drive where he threatened the residents with a gun. C. kicked in the door of the bedroom where the residents were. On this occasion, he stole jewelry and a smart phone; the prosecution has charged him also with the simple theft of this phone.

An even more serious charge stems from March 16, 2011, when C. allegedly stole money and an ID card from a store located on the Touch Me Not Road. He threatened the store owner with a gun and when police came onto the scene, he fired several shots at them.

Between August 1 and December 9 of last year, the suspect threatened two people with a gun, saying that he would come back “of they did not stop troubling his son.”

On September 24 of last year, C. struck at a home on the Poinsetta Road where he stole jewelry, around $70, an ID card and a bullet proof vest. He threatened the residents of the home with a gun and when he fled the scene he fired several shots at them as well as at police officers.

On June 8, 2015 his target was a home at the Anegada drive where he stole again a smartphone, whereby he threatened the son and the daughter of the home owner with a gun.

The prosecution also charges C. with the simple theft of this phone.

Furthermore, C. has been charged with the possession of a Glock pistol and live ammunition between March 16 2011 and December 9, 2015.

Prosecutor Karola van Nie said that the investigation against C. is not complete yet and that investigators are awaiting the results of DNA-tests linked to an additional nine home burglaries.

The order to arrest C. went out on June 18 of last year and he was finally arrested on December 9.

The court adjourned the trial until June 22 and reserved the whole day for it. 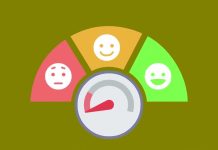