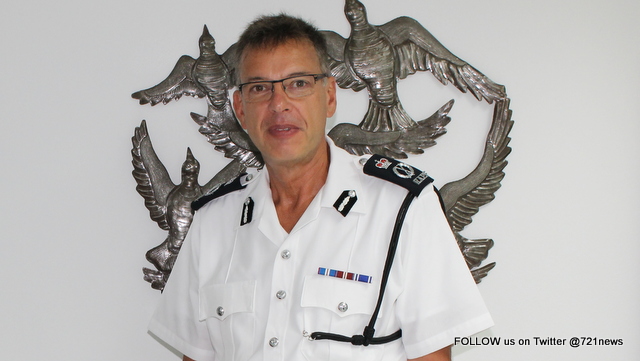 The Royal Anguilla Police Force (RAPF) is investigating circumstances surrounding the theft of 430 lbs. of lobster from boxes at Island Harbour Bay.

Preliminary investigations suggest that the lobsters were taken from two boxes belonging to two fishermen from the Island Harbour area. The lobsters are believed to have been removed from the boxes after they were hauled onto the beach sometime during the early morning hours on Tuesday, April 5.

As Police continue investigations into this matter, they are appealing to members of the public who may have been in the area of Island Harbour Bay between the hours of 2:00am-5:00am, and may have witnessed this incident. Anyone who has any information regarding this incident should contact the Valley Police Station by calling 497-2333, and asking for the Volume Crime Unit, or speak to any Police Officer of their choice.

The RAPF is also asking members of the business community, as well as the general public to be on the lookout for anyone who may be out of the ordinary, and offering lobsters for sale.

Additionally, information can also be sent via the RAPF Tips Website by logging on to www.gov.ai/911 or email AXA911@yahoo.com, which are both secure websites.

Two on bail for possession of cannabis

The Royal Anguilla Police Force (RAPF) on Sunday, April 3, charged Reiny Polanco-Chalos (21) and Kenrick Richardson Jr. (21) both from North Side, with possession of cannabis.

The charging of the duo followed investigations into an incident, which occurred in The Valley where 2.2 grams of cannabis was found in a motor vehicle that the two were in.

They were both taken before the Magistrate’s Court on Monday, April 4, where they were both granted bail in the sum of EC $5,000 with one surety each. The alleged offenders are due back in court on Tuesday, June 7, to answer to the charges.

The RAPF would like to remind the public that:

The defendant is entitled to a fair trial; There is a presumption of innocence until proven guilty; Nothing would be stated or published, which would prejudice a fair trial taking place; and Section 116(g) of the Criminal Code applies and provides for an offence in respect of any person who, while a judicial proceeding is pending, makes use of any speech or writing misrepresenting such proceeding or capable of prejudicing any person in favor of or against any parties to such proceeding, or calculated to lower the authority of any person before whom the proceeding is to be held.