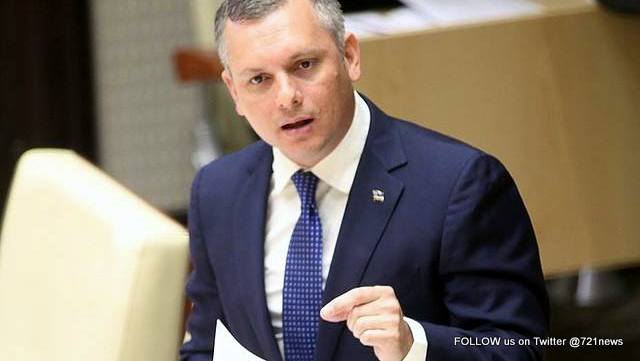 WILLEMSTAD, Curaçao, March 28, 2016 /PRNewswire-USNewswire/ — In a highly politicized environment, the only way thatGerrit Schotte, the former Prime Minister and senator, and Cicely Van der Dijs, his partner, may increase their chances of receiving a fair hearing in the upcoming appeals process in Curaçao is if new judges are brought in from the Netherlands to hear their case.

In filing a petition to have judges come directly from the Netherlands and with no prior involvement in the Curaçao court system, the legal team representing Mr. Schotte has made this a condition sine qua non to at least attempt to obtain a fair trial for their client.

According to Eldon Sulvaran, Schotte’s defense attorney “Judges must come from the Netherlands or the entire case will continue to be politically tainted.”

The current composition of the Court of Appeals in Curaçao includes Dutch judges who reside on the island and who are heavily influenced by local politicians and the Dutch language press, which is overtly biased against the former Primer Minister. These judges do not read the Papiamentu language press that tends to be more balanced in its treatment of Mr. Schotte and his party the Movement for the Future of Curacao (MFK).

According to Mr. Sulvaran, “Curaçao is such a small island that everyone knows each other. The Dutch judges who live here interact closely with the local Dutch Community and the pro Dutch politicians. They also do not learn Papiamentu so all of their news comes from the heavily biases Dutch press. Their rulings tend to reflect this close relationship.”

In this highly politicized environment surrounding the trial and the appeals process the government is using it as an opportunity to overcome its very low approval ratings. A recent opinion survey by Vox Latina, an independent international research firm, shows that over 70 percent of the public does not approve of the job the government is doing.  With legislative elections slated for September 30, 2016, pro government forces are using the Schotte trial as a campaign tool to attack the MFK leader in particular.

Gerrit Schotte and Cicely Van der Dijs appealed the ruling of the Court of First Instance because it was based on clear violations of the Criminal Code including the presentation of illegally obtained evidence, the violation of his privacy, and the harassment of his partner Ms. Cicely Van der Dijs. These violations represent very clear and direct infringements of Schotte and Van der Dijs’fundamental rights to a fair and impartial trial.

The MFK believes that the ruling is part of a political persecution campaign staged by Dutch authorities to end Schotte’s political career and to thwart its chances of winning the September elections.

Schotte and Van der Dijs hope that with the arrival of new judges to hear their case they have a better chance at obtaining an impartial tribunal as mandated by law. It may also be the only way in which Curaçao’s justice system can regain the trust of its citizens who overwhelmingly view the conviction of Mr. Schotte and his partner as politically motivated.

SOURCE Movement for the Future of Curacao