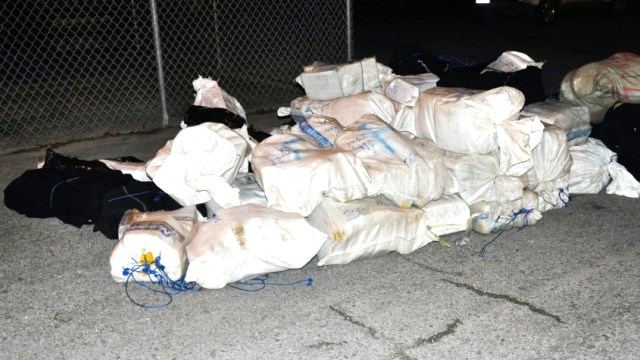 ANTIGUA — Just as the Police were about to turn the final screw on crimes for 2015, two Golden Grove men were taken into custody for Guns and Drugs related offences.

24yrs-old Tristan Armstrong and 25yrs-old Alvin Spencer both of Golden Grove New Extension are currently in police custody, following a raid on their one bedroom Golden Grove home Thursday morning.

Officers attached to the Criminal Investigations Department (CID), and the Rapid Response Unit (RRU), executed a Search Warrant on the house occupied by both men and discovered  One .25mm pistol with one matching round of ammunition; one .38 Revolver Pistol, and six 9mm rounds of ammunition hidden inside.

The police also discovered 11 pounds of Cannabis and an undisclosed sum of money. The illegal items and the money were seized and taken to the station. Both men were arrested and taken into custody and will be charged for the offences.

Up to the close of 2015, the police have removed a total of 33 illegal firearms and well over two thousand rounds of ammunition off the streets. Meanwhile, Commissioner of Police, Wendel Robinson wishes to thank the general public for their unwavering support over the past year, and vowed to intensify every effort to tackle crimes for 2016