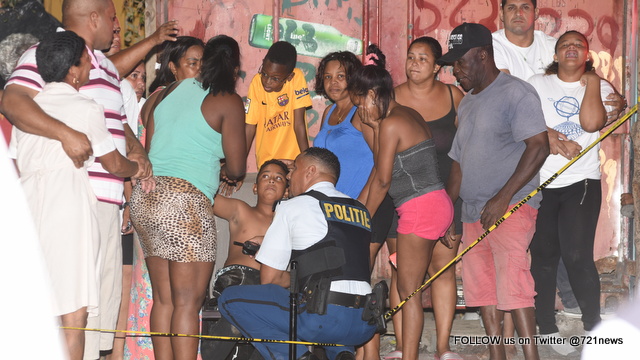 Patricio or “Barba” as he is nicknamed, died as a result of gunshot wound that he sustained from and unknown gunman in the privacy of his home Monday evening sometime after seven in the district of Sucker Garden.

His home is located behind the Rainbow Supermarket in Sucker Garden.

Police Spokesman Inspector Ricardo Henson confirmed that someone was fatally shot Monday evening and that his colleagues are now trying to piece together the evidence to determine who is responsible for the murder and the circumstances surrounding it.

Sources in the area told our news room that “Barba” was a businessman who collects metal and other scrap iron which he resold.

It is believed that “Barba” was the victim of a robbery  which was carried out in-order to take his day’s earnings. This theory is not yet confirmed by the police.

A statement from the police can be expected later this evening.

The Detective Department is presently investigating a shooting near the rainbow Supermarket on the Marlin property in Sucker garden. The first call came just after 07.00 p.m. at the Emergency Dispatch informing them of a shooting at that location. Immediately police patrols, Detectives and paramedics were sent on the scene to investigate what had taken place.

On the scene the investigating officers and paramedics found the male victim laying on the floor in his home shot. He was not showing any signs of life. Paramedics tried to revive the victim without success.

Immediately the area was closed off for Forensic to collect evidence. Detectives on the scene are presently speaking to potential witnesses to piece together what took place an who the person or persons are that are responsible for this shooting.

The identity of the victim has not yet been released. As more information becomes available the media will be informed as the investigation is ongoing.