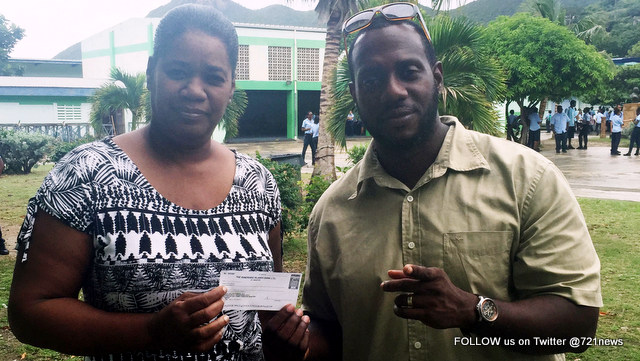 South Reward, Sint Maarten — On Tuesday December 1st, Xtratight Entertainment made a generous donation to the Maximizing Pupils Chances (MPC) Foundation.
Xtratight, the producers of Carnival 2015’s Biggest Show “TelCell Night of the Hit Makers” pledged to support intuitions and initiatives  that contribute to positive change in St. Maarten amongst the youth. Earlier this year Xtratight made a donation to the Ujima Foundation.
MPC Foundation came into existence in July 2009, out of concern for students that come to school without having their basic needs met, such as breakfast. From September to May breakfast is served on a daily basis to approximately 80 students. One of the foundation’s objectives is to alleviate and eradicate obstacles of social, physical, legal medical, psychological and financial origin of the students of the Milton Peters College.

“There are many foundations that are contributing toward the youth of St. Maarten that are unknown to the public, the MPC foundation
is one of them. “I recently discovered this foundation through Gromyko Wilson”, indicated Mr. Rude. “MPC is dear to my heart as I also
attended the school”.

The initiative made by Ms. Edith Richardson and the MPC Foundation is one I strongly admire.  The foundation not only provides free breakfast to the students but extends to assisting single parents. Many of us wake up every morning knowing where our next meal will come from but sadly there are many that are less fortunate and only hope they can get something to eat in the morning.
It is very hard to focus on an empty stomach, which also makes it difficult to learn. So what the MPC Foundation is doing definitely contributes to the education and well being of the students. Christmas season is a time for giving stated Bertaux ‘Mr Rude’ Fleming, CEO and Founder of Xtratight Entertainment.
The president of the MPC Foundation indicated with Xtratight’s contribution to the foundation, it will assist in meeting the needs of more students at MPC, enabling more to focus on their education, become fruitful and purposeful citizens later. Additionally, facilitating single parents during their time of need.
Photo Caption: Left Mr. Edith Richardson President of the MPC Foundation, Right Bertaux “Mr. Rude” Fleming C.E.O/Founder of Xtratight Entertainment