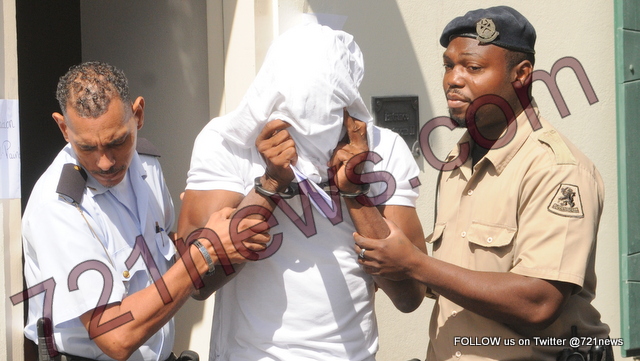 PHILIPSBURG, Sint Maarten — Principal of the M.A.C. School in Betty Estate Cedrick Hodge will remain in police detention for at least eight more days as the prosecutor’s office digs deeper into as part of a sexual misconduct investigation against the educator.

Hodge was arrested at the start of the weekend at his home in Dawn Beach based on an investigation which started on September 18th this year with a search of the  51 year old suspect’s home.

Although numerous items were confiscated for further investigation during the first house search back in September, he was released and according to the office of the prosecutor, new evidence surfaced that let to his arrest last Friday morning.

He faced the Judge on Monday and his pre-trial detention was extended for eight days. No family members, friends or his wife was visibly at the courthouse Monday to support the fallen educator.

However he was granted some assistance by the police who allowed him to cover his face while they led him up and down the stairs of the court house on Monday morning.

Hodge’s case has been described by the prosecutor’s office as sensitive and they have released the numbers for a CRISIS-LINE of the Court of Guardianship #918 which can be called at any time and the phone numbers 54-24110 and 54-24115 during office hours.

Obviously the prosecutors office is not too sure about the extent that the suspected sexual crimes of the educator which might have had an impact on the wider general public.

No information is also being provided on the type of sexual crimes that may have been committed and the possible target groups. It is also not know if the suspected victims are MAC students or other students from other schools.

While the suspected predators are guarded based on the sensitivity of the case, even many of those who were convicted, the community of St. Maarten is left in the blind about possible predators who are living among us and and the impact on the lives of our loved ones that may have been impacted based on the activities of these sexual predators.