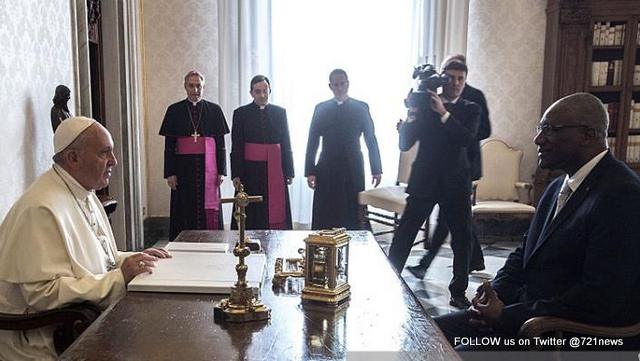 The Holy Father, Pope Francis on Monday morning received the Governor-General of Antigua and Barbuda, Sir Rodney Williams. The governor-general later met with the Cardinal Secretary of State, Pietro Parolin, who was accompanied by the Secretary for Relations with States, Archbishop Paul Gallagher.

A statement from the Holy See Press Office called the meeting “cordial,” and said the meeting underlined good bilateral relations, which have recently been strengthened by the appointment by Antigua and Barbuda of an Ambassador accredited to the Holy See.

The statement said the talks also focused on the contribution the Catholic Church makes in the protection and promotion of the dignity of the human person, as well as in the fields of education and social assistance. It called for a “fruitful and mutual” collaboration.

The discussions also touched on a number of regional and global issues, with particular attention paid to migration and climate change.