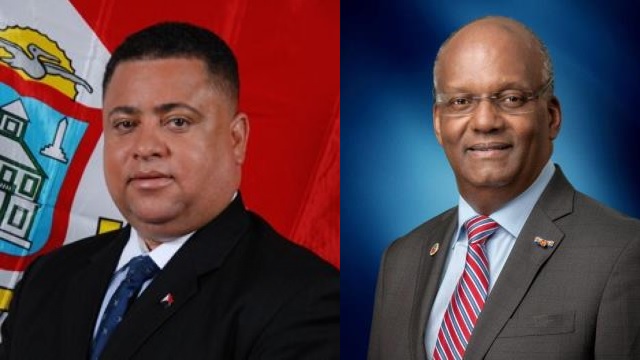 PHILIPSBURG, Sint Maarten — Leader of the USP and Member of Parliament Frans Richardson on Monday called on Minister of Justice Dennis Richardson to resign immediately in the wake of unprecedented crime on St. Maarten.  MP Richardson stressed that the Minister should resign because clearly the crime situation is very much a product of the glaring inability of the Minister. This crime spree is an indictment of any crime-fighting measure that the Minister has taken. They have all failed.

Richardson said in no uncertain terms that the Minister has failed miserably in his efforts to protect the people, visitors and image of St. Maarten and should have already resigned on his own accord. The MP said from the tragic death of officer Gamali Benjamin to the countless other acts of robberies, murders and other random acts of crime, the Minister has presided over a fear-riddled community with no solutions to show.

“You cannot count the amount of crime plaguing our island on both hands. That’s how many incidents of crime our people have to endure,” a stern MP Richardson stated. “It is ongoing every week with criminals starting to get more daring in their crimes. On the flip side, we are no hearing anything from the Minister, whether he has met with police management or if he has any ideas whatsoever. The Minister is sitting back like nothing is happening in St. Maarten and apparently willing to let the problem solve itself,” the MP added.

MP Richardson pointed out that in any law abiding country, the person at the top of such failures to prevent or combat crime, would have already “fallen on his sword.” But not on St. Maarten, he said. “The Minister has spent his time in office talking integrity and lecturing MP’s on what is right and what is wrong. But he has joined the rest of the Gumbs cabinet in selling a lie to the people of St. Maarten. He is not focused on combating crime, he is focused on helping the Gumbs cabinet keep jobs they are failing miserably at. How do you preach integrity and still hold on to your post in the face of this crime spree?”

“People are dead afraid. Confidence is low. Visitors are being warned and our high season is coming up. What is happening will affect bookings to our country. The country is in limbo with the Ministers refusing to resign. And while they do so, they are also not working to protect our people and visitors.

“St. Maarten is fortunate to be left off of the list of crime riddled countries in the Caribbean that cruise lines are warning their clients about. But how long will that last? When our tourism product suffers and people in the hospitality start to lose their jobs because of out-of-control-crime, will the Minister tell the people to come walk in his shoes as he told MPs?”

MP Richardson said it is time for the Minister to tender his resignation and move on so that the new coalition can appoint Ministers who will be focused on St. Maarten and set St. Maarten back on the right track. “Government chaos leads to community chaos. The criminals don’t care. They see what is happening and feel like we are distracted. And in fact it seems like the Minister is distracted because he has no clue how to make St. Maarten safe. Move on so others who do can get to work. Resign now,” the MP said.

Minister of Justice requested to resign by USp