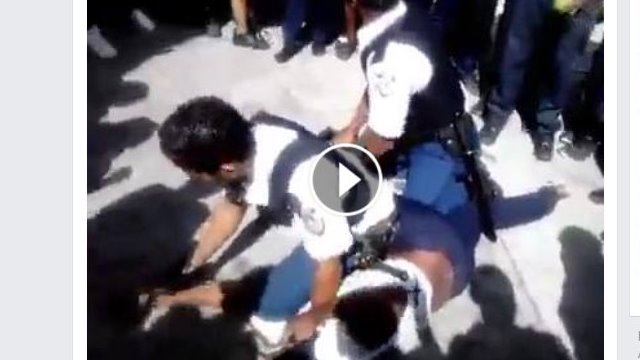 Seen in two videos posed below, Academy P.S.V.E student Aygeleyn Bregita was slapped by a man who ran into the restaurant for cover, after the student pulled out a knife and walked behind him.

When she arrived the owner of the restaurant refused to let her in and asked her to leave however Bregita refused and told the woman to move.

Police was called to intervene just after 1pm on Friday and approached the young lady with caution asking her to drop the knife and cooperate with the officers however Bregita got physical with the police offers who were forced to shackle her to the ground.

She was moved to the police station and is still in holding by police according to reports reaching 721news.

Police has not send out any police report containing any information concerning the incident that took place.

View the videos below.