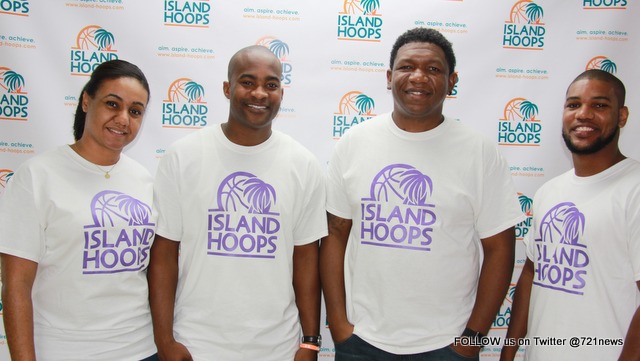 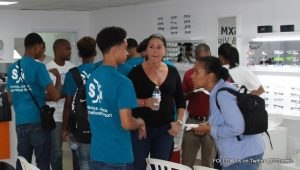 Bush Road, Sint Maarten – On Saturday October 24th, the Island Hoops Foundation announced their 2016 plans to an audience of parents, sponsors and players at a meeting held in the showroom of SXM Vision Center.
The Board of the Foundation released information about several programs that are being developed and about to be executed. Included in the announcement was a basketball fundamental program for 6 to 9 year olds called Early Stimulation, a Highschool League, a regional summer basketball camp to be held in Sint Maarten, a Shoot Hoops Not Guns project, tryouts for their Globall program to continue next year and the continuation of their ever popular Celebrity Camp with NBA star Iman Shumpert.
The Board told those in attendance that the Foundation will also be publicizing information about academic eligibility for student athletes and paths to the professional athletics.  They also launched their website which can be found at www.island-hoops.com Sponsors in attendance got a chance to finally meet the players they sponsored and learn more about the program.  “Checks are nice but partnerships are better than sponsorships” said Alston Lourens, board member.
Our motto has alway been “Aim Aspire Achieve” and in 2016, our foundation will do even more with the help of the community to continue to help basketball develop responsibly in Sint Maarten and the neighboring Islands” said Paul Bell, president and head coach of Island Hoops Foundation.