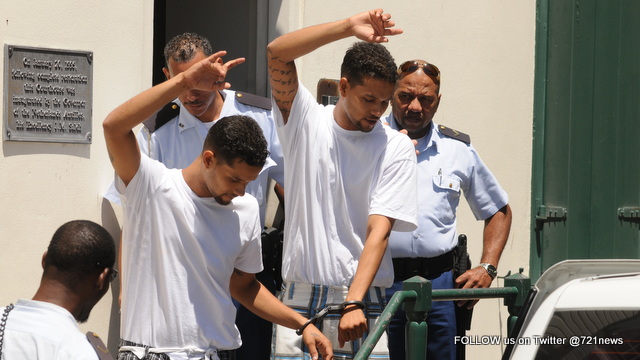 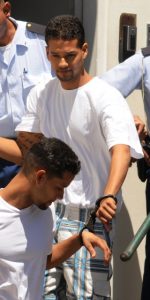 PHILIPSBURG, Sint Maarten – Police arrested 25-year-old twin brothers Nathaniel Edwin and Rolando Nederville Heyliger two weeks ago for firearm and cocaine possession. The twins are now free until their day in court. The Judge of Instruction suspended their prison detention on Friday. The Prosecutors did not agree with the ruling and was opposed to the release.

Press Prosecutor Karola van Nie informed 721 news that the case has not been dropped and the investigation is still ongoing.

The arrest took place Monday August 31 around 8 p.m. in Pelican Key.Nathaniel Heyliger  told the Judge of Instruction on Friday that he was the passenger in the car and his twin brother was driving. “I bought cocaine for personal use and hid it in a tin can,” he said.

Rolando Heyliger. said that the police did not ask him permission to search his car and that the bags of marijuana they found was for personal use. These drugs were worth around $200, he said.

Both brothers said that they have been threatened on several occasions and that they bought guns “from an acquaintance for no more than $800.” The brothers have no prior brushes with the justice system. They operate the Exodus Car Wash in Simpson Bay.

Some persons in the community who was convicted for possession of firearm are upset by the handling of the case because there were many instances that somebody was held for gun or drug possession and had to stay locked up until the trial date, some question if class justice can be applied to this case. Several persons who spoke to 721news clearly said “Just be cause they come from rich and wealthy business family they are out.” If it was two brother from poor family and in a lower class resident area they will remain in jail.

” We wonder if the Public Prosecutor office will appeal the Judge of Instruction decision and to get the rich twins back in jail…… Sint Maarten Justice stinks” they concluded.