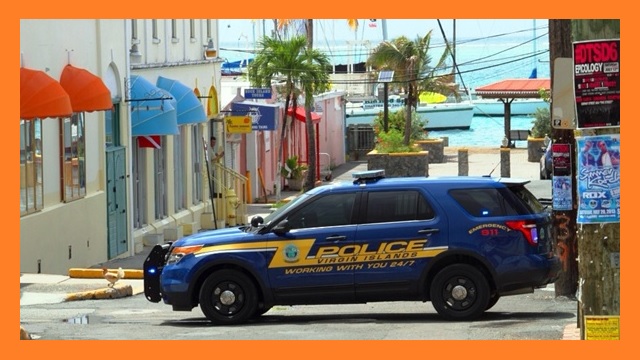 Osbert Potter, acting governor of the neighbouring US Virgin Islands (USVI) has declared a state of emergency for the territory, following a spate of gun violence over the last few days especially on the islands of St Thomas and St Croix.

The state of emergency took effect immediately and will continue until further notice, according to a news release from the acting governor last evening, September 5.

During the latest anti-crime move, in which Government suspends normal constitutional procedures in order to regain control, members of the Police Department are not allowed to proceed on leave, various check-points have been in effect for the last 48 to 72 hours, police officers have been placed on 12-hour shifts, and Peace Officers from various entities in government have been placed under the supervision of the Police Department.

He hoped that discussions will be held early this week with the federal government representatives as well as Governor Kenneth Mapp who is to return to the territory.

“The time has come when we have to take the islands back; we cannot continue with business as usual… I am eager to sit with the governor and the federal entities where we can get some solid agreements as far as how we are going to be cooperating with and working with each other going forward,” said the acting governor.

Acting Governor Potter yesterday did not give the exact number of people killed or wounded, but he noted a number of shootings including an 18-minute gun battle near downtown Christiansted which left four people wounded and resulted in many others ducking bullets.

A young man on Thursday was also shot dead near the University of the Virgin Islands on St Thomas, another on Friday was gunned down outside Georges Christian Academy Daycare Center, and two men were shot and wounded in the Hospital Grounds area of St Thomas.

While noting a number of other incidents, Acting Governor Potter yesterday said: “Over the last 48 hours at least – me personally, I can best describe what has happened here both in St Thomas and in particular St Croix as the Wild Wild West when it comes to a lot of gunplay, a lot of shooting, a lot of attempts on the lives of Virgin Islanders.”

He said a number of the shootings were retaliatory in nature and also linked to turf war, adding that such gun culture is only now taking over the US Virgin Islands.

“Turf war’ only meant the West go and play East in basketball or softball or baseball and you beat them up bad. That was the extent of the ‘turf wars’ that we knew. But today is a different day,” the acting governor further lamented while urging the community to pray for the victims and their relatives.

He added that the USVI government will work assiduously to create more economic opportunities in order to discourage more people from drugs and crime.

According to the St Thomas Source news outlet, the island of St Croix has had nine reported homicides since the start of the year, while the entire USVI has recorded 24.