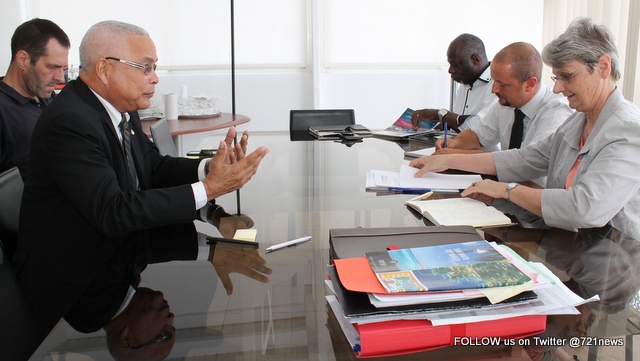 The Prefet and the Prime Minister briefed each other on the preparations that have been taken so far in preparation for Hurricane Danny.

A number of points were agreed upon with respect to the coordination and synchronization of certain activities in times of pre- and post-natural disaster events.

After each Emergency Operations Center or Disaster Committee meeting, the government representatives will exchange decisions that have come out of those meetings.

“The meeting with the Prefet was very informative.  As one island there should be some coordination at the disaster management level and this was what this meeting was about,” Prime Minister Marcel Gumbs said on Friday.