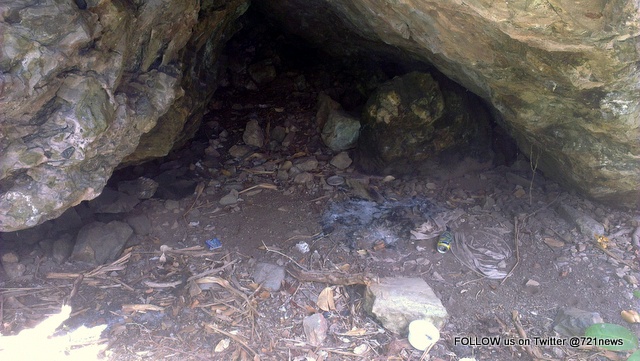 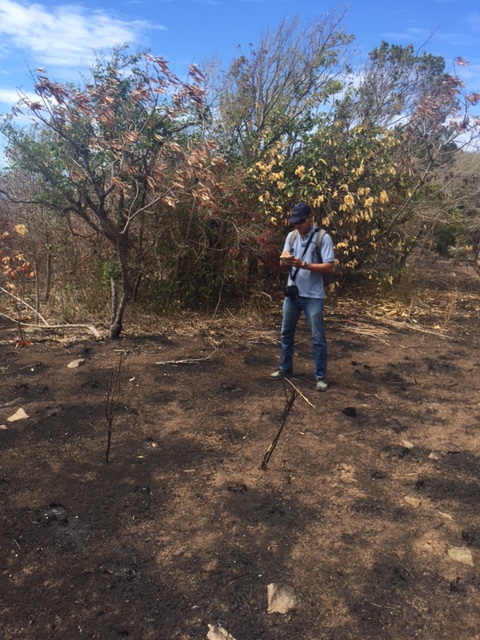 PHILIPSBURG, Sint Maarten — The Sint Maarten Nature Foundation has made various monitoring and assessment surveys on the trail which leads up to Sentry Hill and at various locations along the hillside and hilltop in order to gauge the cause and effects of the numerous wildfires which affected the area.

The fires started on Sentry hill on the 16th of July and burned for almost two weeks, with areas still smoldering by the 1st of August. The Nature Foundation made various surveys on the hill in order to determine the extent and cause of the fire. Three separate areas of burn were measured, one along the ridge between the ‘Old Cakehouse Road’ and the top of Sentry Hill, one below the ridge along the Cole Bay side of Sentry Hill and a larger area closer to the top of the ridgeline. All together some five acres of forested area have been burned by the fires.

“We made four surveys into the area when we thought it was safe to do so but up until the 1st of August some areas on the hillside were still smoldering. Subsequent surveys showed that the fire finally died around the 3rd of August,” commented Tadzio Bervoets of the Nature Foundation. “We discovered an area where someone had built a fire pit in one of the caves at the top of Sentry Hill and this, together with the persistent drought conditions, more than likely started the fire and caused it to spread,” continued Bervoets.

The Nature Foundation monitored the area for the effects on flora and fauna and the extent the wildfire has damaged the ecosystem: “It is unfortunate that this fire happened in what is quite an important area ecologically for the island. Large section of plants have been destroyed and damaged because of irresponsible fires which were lit by someone. In periods of drought plants have a hard time rebounding from events such as this which also affects our local lizard and bird population,” concluded Bervoets.

The Foundation will continue to monitor the area in the upcoming weeks and urges all residents to heed the warnings issued by the Fire Department regarding on-going drought conditions.