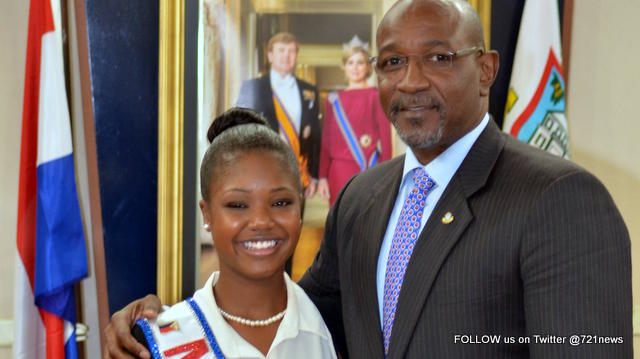 York is no stranger to pageantry having won five pageants so far since she first started to take part in them.  Pageants that York has participated in are: Miss Baby Swimsuit Model 1999;
Ms Pichounette 2008; Ms Junior Carnival Queen 2006; Ms Teen Carnival Queen 2014; and
Ms Haynes Smith Caribbean Teen 2014.

York is very excited to represent St Maarten as an ambassador in the Caribbean islands pageant. York stated that when she takes the stage she will be representing the many people living on the island, and is thankful for the support she has been getting from the community.

Six young ladies from the Dutch Caribbean islands will be participating in the pageant. The pageant will be held at the Festival Village in The Bottom, Saba. All contestants have been crowned at least once in their pageant experience so this show is expected to be on a high caliber, which will make the show very exciting.

The contestants will travel to Saba on July 28th and will engage in various activities to become familiar with Saba and get prepared for the pageant.

York is being groomed by her Model coach Francis Mathew, a three time award winning best model coach in the UK.

York sees this pageant as another way to showcase her beloved St. Maarten. She enjoys singing dancing and modelling in her spare time. Her team is very excited about the pageant and is preparing her.