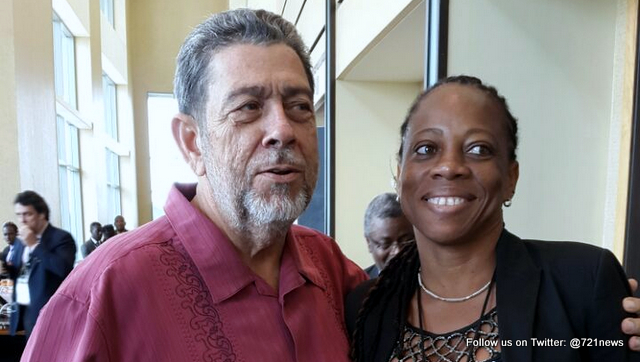 GREAT BAY, St. Martin (May 4, 2015)—Prime Minister of St. Vincent and the Grenadines, and a renowned campaigner for reparatory justice, Dr. Ralph Gonsalves, will deliver a guest Emancipation Day lecture organized by the Independence for St. Martin Foundation, on Saturday, June 27, 2015. The lecture, on the topic of “Reparations,” will be held at 8 PM at the University of St. Martin.

Dr. Gonsalves, affectionately known as “Comrade Ralph,” is perhaps the longest-serving Prime Minister in the Caribbean, having been swept into office in 2001 and winning re-election at two subsequent general elections. He is a strong proponent of Caribbean unity, and an indefatigable advocate of reparatory justice.

“We have to be very focused so that the ‘new colonialism and imperialism’ now being practiced by Western nations cannot pick us off one-by-one,” he told a gathering of ambassadors, politicians, and activists at the Bedford Hall restaurant in Brooklyn, New York recently.

Speaking before the UN General Assembly a couple of years ago, Dr. Gonsalves alerted the international community regarding the 14-nation Caribbean Community (CARICOM) plans to pursue reparations. He informed the eminent personalities gathered in Brooklyn that the lawsuit against the United Kingdom, France, and the Netherlands was going forward; however, he said, “It needs to move faster.”

The awful legacy of the crimes against humanity (committed by these and other European nations during centuries of Slavery)—a legacy which exists today in our Caribbean—should be repaired for the development of our Caribbean peoples and societies, Dr. Gonsalves said.

The general public is invited to the Emancipation Day lecture at USM on Saturday, said the Independence for St. Martin Foundation. Admission is free.