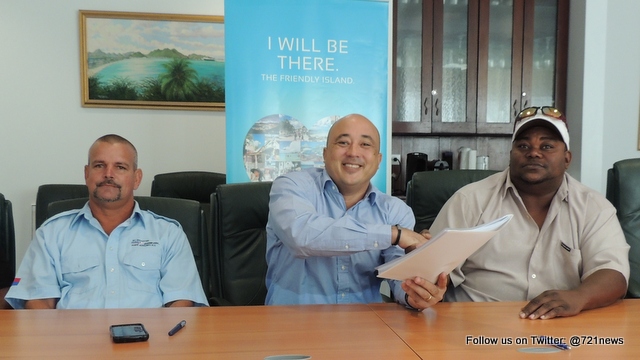 POINT BLANCHE, St. Maarten – Port St. Maarten – After a long period of negotiating between the UFA Union representatives and the negotiation team of St. Maarten Ports Authority (SMPA), the second performance based Collective Labour Agreement (CLA) was signed on Monday May 18th 2015.

Due to the fact that it took so long, in the meantime the CLA signed until 2013 was still valid until the new CLA was agreed upon.

A performance based CLA means that salary increases of an employee is based on their performance and there is no longer a “mandatory” increase given to the employee.

This performance appraisal system was implemented in 2011 and exists of two official meetings between the manager and the employee of their department. One is called the review interview, which takes place in June every year and the final evaluation is in November of every year.

SMPA is satisfied with the outcome and would like to thank the UFA for their time and patience during the whole negotiation period.