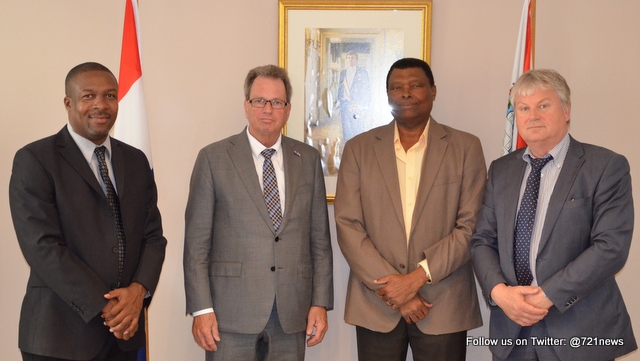 PHILIPSBURG, Sint Maarten – President of Parliament Hon. Dr. Lloyd Richardson, says he was very pleased to learn from the Progress Committee that Sint Maarten has done far better work as it pertains to agreements made at the inception of the committee than has been reported.

The Progress Committee would like to have the opportunity to present their report to the House of Parliament with respect to the accomplishments of agreements made post 10-10-10.

Dr. Richardson added that in the Committees opinion, they regret the manner in which the Kingdom Government and more specifically the Rutte led Cabinet has handled Sint Maarten.

The President of Parliament further stated that in the Progress Committee’s opinion, all facets of Government should have a better and more precise reporting system regarding the positive accomplishments that have been achieved in the last four years; and that the region as well as other entities in the Netherlands should be informed about this.

Dr. Richardson met with the Progress Committee last week.  During the meeting they discussed the functioning of the body as well as its findings over the past three years.

The representatives of the committee that met with the President of Parliament were Nico Schoof who acted as Chairman, Gert Jan Stortelers and Terrance Rey.  R. Bandell (Chairman) and Richard Gibson Sr. could not be present for the meeting.

The committee’s responsibilities started with seven plans of approach.  Some of the areas are the Sint Maarten Police Force, The Point Blanche Prison, Immigration and Border Protection Service, National Detective Service, Judicial Affairs and Legislation, Census Office, Ministry of Public Housing, Spatial Planning, Environment and Infrastructure.   The work of the committee has been extended until October 2016.

The committee is headquartered in Sint Maarten.

PHOTO CUTLINE: President Dr. Lloyd Richardson (3rd from left) along with some of the members of the Progress Committee and Secretariat.