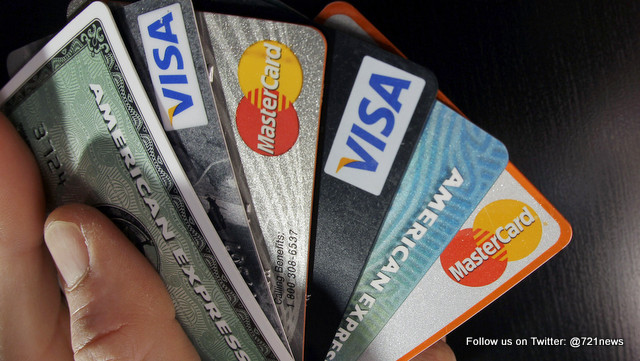 GREAT BAY – For fraud and complicity to fraud the Common Court of Justice sentenced Edward de Bies yesterday to a 30-month prison sentence. Solicitor-general Taco Stein demanded during the appeal hearing on March 12 a 36-month sentence.

De Bies went on a shopping spree with forged credit cards between December 1, 2013 and February 7, 2014, whereby he bought clothing, car parts, household articles, building materials, a scooter and tires for a total amount of close to $21,300. The defendant did the purchases between December 28, 2013 and January 31, 2014 at Metro Opera in Cupecoy, Marshall Motors, Kooijman, Simpson Bay Motors and Marine Services and East Motors Cay Hill.

At the court hearing in march, De Bies sad that he had done all this to pay off a $1,500 debt to some people. The court acquitted the defendant of buying materials at Kooijman for close to $3,400 and it also acquitted him of embezzling a rental car.

The court ruled that the defendant’s actions have caused financial damages to third parties but also damage to the confidence traders and the payment systems must be able to have in credit cards and identity papers.

The court ruling does not reflect on the defendant’s medical condition. At the court hearing in March his attorney Shaira Bommel asked for a more lenient sentence than the 36 months the Court in first Instance had handed down, because he suffers from glaucoma, a condition that affects the eye’s optic nerve.