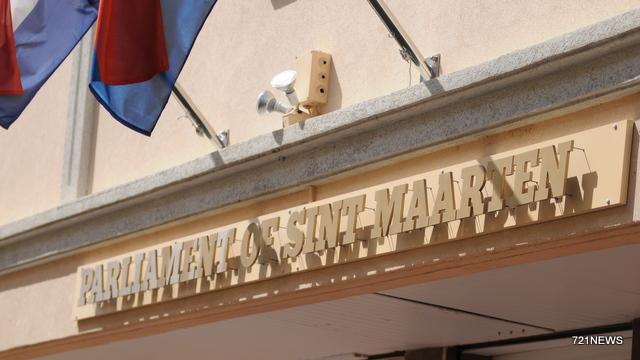 PHILIPSBURG, Sint Maarten – The House of Parliament will meet in a public plenary session on April 7.  This session is the continuation of the initial session that was held on December 22, 2014.  On March 24, the meeting was called, but was adjourned and is now being reconvened.

The plenary session is set for Tuesday at 2.00pm in the General Assembly Chamber of the House at Wilhelmina Straat #1 in Philipsburg.

The agenda point is the request to the Governments Accountants Bureau SOAB to carry out a forensic investigation into the operations of the St. Maarten Housing Development Foundation (SMHDF); the decision of the board of the SMHDF to suspend several members of the management team and the request of the Honourable Minister of VROMI, Maurice Lake to the SOAB to withdraw the current process with immediate effect.