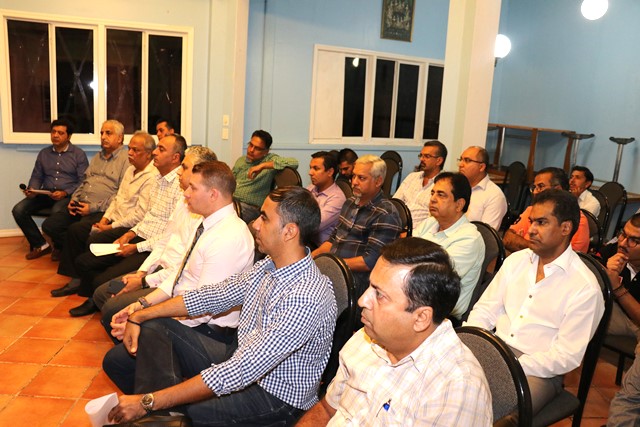 PHILIPSBURG, Sint Maarten — The need to “Revive Philipsburg” and restore value to the shopping mecca of the island was the main topic of discussion during a recent meeting held urgent meeting between the Minister of Tourism, Economic Affairs, Transport & Telecommunication (TEATT) the Honorable Stuart Johnson and members of the Indian Merchants Association (IMA) on Friday, 18th January.

The minister, similar to the IMA, is concerned that Great Bay, “Town” or Philipsburg has changed drastically over the past decade from a shopping and dining product to a “sleepy town.” The IMA informed Minister Johnson during the meeting that the reduction of economic activity and lack of improvements in Philipsburg have a “very negative impact” on the overall economic viability of St. Maarten. The increase in online purchasing platforms such as Amazon also poses a real threat to businesses on St. Maarten in general. The combination of international competition for product sales and the lack of attention over the past years is turning Philipsburg into a “low class Bizarre.” In addition to these concerns by the IMA, Johnson was apprised of the results of a recent survey of cruise visitors to St, Maarten, which shows that visitor interest in returning to the island, has dropped from eight (8) to 5.5. Based on these findings, Johnson said, “As Minister of Tourism I consider this to be quite alarming.” He said, “It emphasizes the urgent need to work on the cruise segment jointly with all stakeholders both locally and internationally.”

Following the meeting, Minister Johnson attended the Florida Caribbean Cruise Association (FCCA) Platinum Associate Membership Advisory Council Summit PAMAC, to speak directly to the more than 100 FCCA Platinum Members and key stakeholders and provide assurances of Government’s intention to address the concerns of the IMA and the cruise lines’ passengers. He will also give the FCCA Platinum Members information regarding the Philipsburg Revitalization Plans of Government. “This meeting is “vital to safeguard the interest of St. Maarten,” said Johnson before leaving the island. His visit was also to prepare final details for the PAMAC Conference, which St. Maarten will host in June this year. This means a large group of high spending visitors will be on the island and the IMA has stated that events such as these will go a long way towards improving business conditions in Philipsburg and on St. Maarten in general. 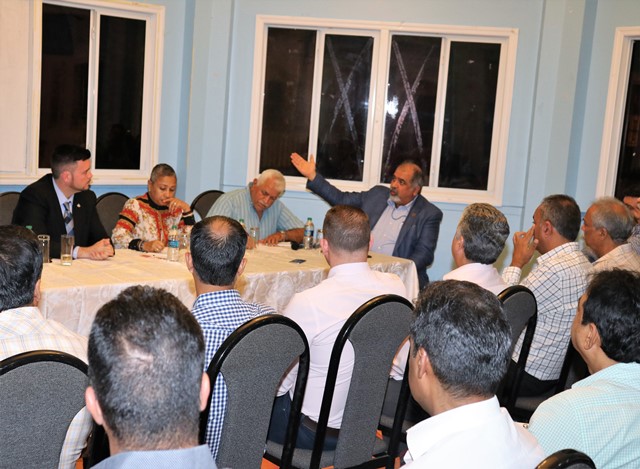 Johnson said, “Much of what we are doing regarding reconstruction and our plans for the sustainable redevelopment of St. Maarten depends on our ability to attract visitors to the island even as we rebuild. This means that we have to satisfy the concerns of our international stakeholders especially in the Cruise Tourism industry,” said Johnson. Minister Johnson is also preparing a document, which he will send to the Council of Ministers and will seek the support of his colleague Ministers to address some of the concerns raised by the IMA as it relates to the Philipsburg area. These concerns include security and safety, and some repair works to prevent future incidents involving pedestrians falling, along with the need to add ramps for the physically challenged. The IMA informed Minister Johnson during the meeting of the need to address with the FCCA Platinum Members “the short stay of the cruise ships when they call at the SXM Harbor.” On average, these ships reportedly spend around four hours before departing St. Maarten, which gives limited time for visitors to see the island and experience all that Philipsburg has to offer. The short stay also means Taxi and Tour operators are not able to see significant returns. They also discussed the lack of adequate parking in general and insufficient parking for tour buses. The reduction of visitor arrivals from the Regional Market over the past decade, as well as air and sea transportation issues, and concerns over how the destination was marketed in the past is also a concern.

The IMA requested information on the hotel room inventory and updates on the return of airlines and the attraction of new low-cost air service. They have also brought forward several recommendations, which support the St. Maarten, United Democratic Coalition’s plans for the revitalization of Philipsburg as put forward in its Governing Program 2018 – 2022. The IMA asked questions regarding the total Room Inventory Post Hurricane Irma, the return of Westin and Other Brand Name Hotels, and about the introduction of Sports Tourism. Minister Johnson provided an update on the ministry of TEATT’s vision “to bring life back to Philipsburg” and the need to do this in collaboration with all stakeholders.  He further agreed with the need for signage and said that the first priority is to mitigate risk to the safety of visitors and residents. Johnson also gave updates on the continued increase in the number of hotels that are coming online and said that the work he started when he took office, to push the hub function of the airport and bring back the visitors from the neighboring islands, will continue this year. Discussions also focused on potential incentives for airlines and boats from the region as a means of guaranteeing the increase in visitor numbers from those islands, especially during the upcoming Carnival Period. Another method of approach that the government is to fast track the implementation of the Air Service Development Company which will assist with promoting shopping and using SXM as the HUB. Johnson assured the IMA that Philipsburg would not be ignored. He said, “As a matter of fact, revitalization of Philipsburg is a priority.”

In the past visitors from neighboring islands, St. Kitts & Nevis, Antigua, St. Lucia and other islands contributed significantly to the economic activity in Philipsburg and on the island in general. However, according to the IMA, with airlifts being an average of US$399 to travel to St. Maarten the visit from these islands have stopped. Boats coming from the islands are also infrequent, and the proposal is to incentivize the reduction in airlifts and return of vessels. Concerns are also being raised over the garbage situation in Philipsburg, which requires an urgent solution. The increased number of “Barkers” along with uncontrolled Gyasi’s, and the still to be completed Camera Project are all issues that the IMA is hoping that government could address. Minister Johnson said the Government through the cabinet of TEATT would look at ways to provide free WIFI in Philipsburg, allow the IMA to subsidize free travel on the water taxis for Crewmembers to incentivize their visits as they represent thirty per cent of visitors from Cruise ships.  Consideration will be given to putting Virtual Reality Stands at the SXM Harbor and later at the Princess Juliana International Airport to generate visitor interest in the various businesses and service industries on St. Maarten. The IMA has applauded the efforts of the Minister of TEATT to get the PAMAC conference and the Poker Gaming Tournament to St. Maarten.