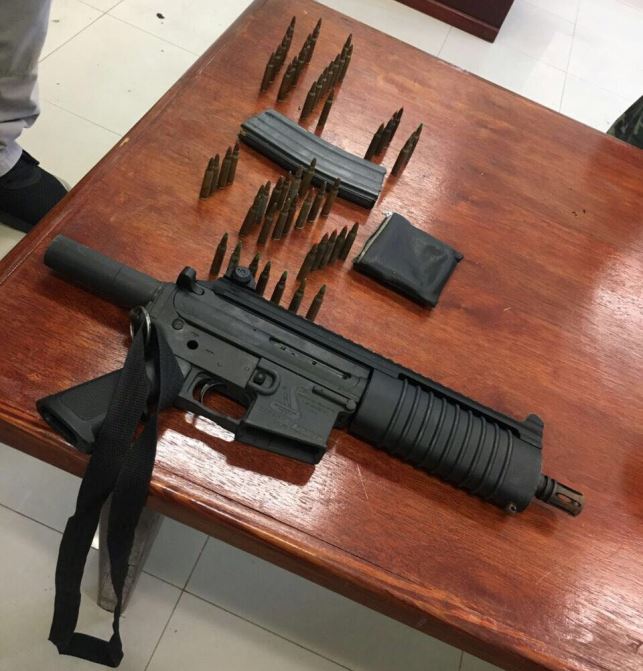 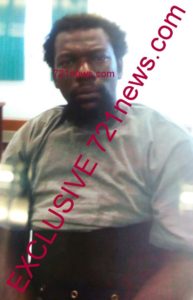 Sources on the island confirmed to 721news that Fortune is currently on remand pending the additional charges, which are likely to come before the week is out.

St. Kitts and Nevis’ Commissioner of Police Ian Queeley told a news conference in Basseterre that the wanted man disembarked a boat by himself along a beach in the Newton Ground area.

It was during an observation by citizens, that sleuths on the island were notified of unusual activities in the area.

Upon presenting themselves to the suspect, Fortune was found with a number of illegal items in his possession including a “bus master pistol” with a telescope, a bullet proof vest, compressed marijuana and a quantity of cash. He was subsequently taken into police custody.

The St. Kitts and Nevis Top Cop described the Grenadian-born Fortune as being “very dangerous.” While addressing reporters, Queeley stated that when the authorities in St. Kitts made contact with their St. Maarten counterparts, they indicated that “they were very happy that we [SKN police] were able to lay hands on him, as he escaped from prison serving some time for murder.”

During the time he was out, the Commissioner stated that the fugitive was suspected to be involved in at least five murders, “and so they [St. Maarten police] were very heartened by the news of his capture.”

He will likely face customs and several additional charges, according to the Commissioner of Police, and would shortly be taken to the Magistrate’s Court.

It was back in February 2016, that the Grenadian fugitive escaped from lawful custody.

On the afternoon of February 15, 2016, Fortune escaped after he was taken to a Cay Hill clinic. It was reported that he pulled a gun on two guards that accompanied him and was not seen since.

In a recent statement, Queeley called on citizens and residents of St. Kitts and Nevis to report any suspicious or abnormal activities that they may see occurring along the country’s coastline.

Fortune will remain in St. Kitts and Nevis to serve his time when sentenced before being deported to St. Maarten.