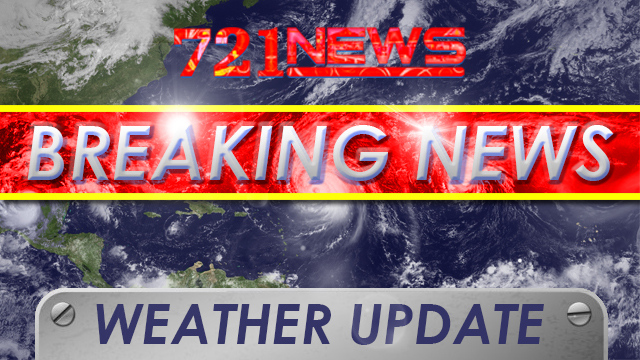 A Heavy Rainfall Watch is in effect through Sunday. Moisture and instability associated with a dissipating frontal boundary and a deepening trough in the upper levels will combine to produce scattered showers and isolated thunderstorms.

Heavy showers could lead to localized flooding over sections of the island. Residents and road users are advised to take precaution against possible flooding.
In addition, avoid driving on flooded streets until the heavy rainfall has tapered off or ended and the floodwaters have subsided.

In case there are lightning strikes very close to your location (loud thunder, less than three seconds between lightning discharge and thunder), switch off and disconnect any sensitive electronic equipment. Also, disconnect any phone line from your computer

Definitions: A Special Bulletin is issued for weather events that are unusual, cause general inconvenience or public concern (requiring the attention and/or action of authorities) and cannot adequately be described in a regular weather forecast.