Independent Member of Parliament Christophe Emmanuel on Thursday told his colleagues attending the virtual IPKO that he could not engage in any discussion with them on the COHO because the Parliament of St. Maarten has to date not received any information about the COHO. The session in which Emmanuel was participating had specifically the COHO as the topic of discussion.

His statement prompted chairman of the session Jan Patenotte to ask “have you asked your government” to which Emmanuel responded “over and over and over again.” He went on to reiterate his principle stance that he will not support the COHO, an entity that was forced on St. Maarten via blackmail. “All members of Parliaments of the Kingdom know my position on this issue,” he said.

He noted that judging from the comments by MPs within the kingdom, they too were apparently also out of the loop while some also dubbed the COHO and the programs outlined in the country packages as “ambitious and unrealistic” and in some cases “impossible to execute in the timeframes mentioned.”

In the meantime, Emmanuel said Prime Minister Silveria Jacobs and her government continue to play word games with the people of St. Maarten while not giving any information. “Today the spin is the civil service has to ‘put their best foot forward’ and work with the Dutch technocrats that arrived here with Knops. The Prime Minister is confirming almost daily that work has started to prepare projects, essentially ignoring Parliament,” MP, Emmanuel said.

“Exactly what plans are being executed first? what effect will these have on ongoing plans? What is the role of the temporary work organization? To whom do Secretary Generals now take instructions from and report to? Telling the civil core, Ministers and Secretary Generals to put their best foot forward diminishes local intellectualism,” MP Emmanuel said.

The MP said that it is becoming more clear by the day that the Prime Minister pushing through this ambitious COHO at the expense of the control directives and obligations of Parliament and the intentions of her own government. The Prime Minister, he said, is busy trying to debunk the people’s correct impression that the COHO is nothing less than an administrative takeover of the country.

“Government needs to come out and tell people that they will be sidelined by the independent COHO. Which raises even more questions as it pertains to Parliament executing its lawfully obligated function,” MP Emmanuel said.

“Tell the people that the COHO may suspend all or part of the assistance to St. Maarten at the COHO’s discretion. Suspension of assistance can also happen if the relevant government body or company does not implement a project or measure on time, does not implement a project or measure in the manner agreed in the national packages or fails to provide the data and information or to cooperate. Let’s be factual about this and stop the games and insulting press releases,” he concluded. 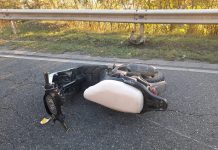 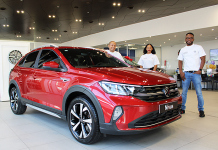