The meeting, which took place at the Government Administration Building last Friday was chaired by Prime Minister of Curacao, Eugene Rhuggenaath along with the Prime Minister of Aruba Evelyn Croes Wever, Merwyn Stegers, Deputy Island Governor of St. Eustatius  and Island Governor of Bonaire Edison Rijna. Representatives from Saba were not present due to prior commitments.

Keeping in line with the theme used during the Caribbean OCT’s Resilience Summit: Unite-Prepare-Adapt, the Dutch Caribbean OCTs recognize that it is imperative that they unite to discuss common concerns. The premise remains that the Dutch Countries & Territories in the Caribbean region continue to face challenges where a united approach, is the best way forward.

With Brexit looming and the discontinuation of the Cotonou agreement, EU-OCT relationships are expected to change and this requires the attention and positioning of the Dutch Caribbean OCT’s.

The Cotonou agreement, which forms the basis for financing the Overseas Association Decision (OAD), expires in 2020.  Negotiations are currently taking place to define what the future relations between the European Union (EU) and the African, Caribbean and Pacific group of States (ACP states) will be.

In May of this year the European Commission published a draft revised overseas Associations Decision (OAD) and informed the public of the intention to establish a specific OCT financial instrument within the EU budget. The OCTA consequently reacted to this draft with a position on the draft OAD that was presented recently by President of the Executive Committee of OCTA, Mrs. Carol Voges.

The association of the overseas Countries and Territories (OCTA) constitutes an essential instrument for strengthening OCT’s internal communication and for reaching out to partners including the European Union.

“Given the geographical position of the Caribbean OCT’s and its common (economic) concerns, it is vital that we position ourselves on matters that are of mutual concern”, says St. Maarten’s Prime Minister Romeo Marlin. Prime Minister added that doing so “will increase our strength and visibility of these territories in presenting a shared position on the draft ODA that is being negotiated by the Netherlands at the European Commission on our behalf”.

The Leaders of the Dutch Caribbean OCT’s agreed to work together on finalizing their joint position in the coming weeks. 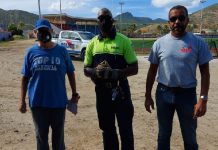 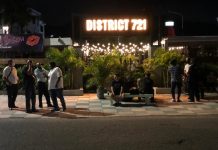 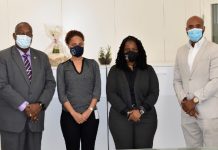