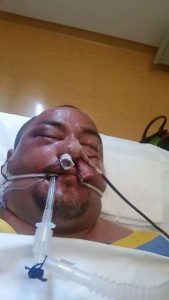 The Netherlands– the Dutch national detectives have begun an investigation into the arrest of a 42-year old Aruban that resulted in him becoming unwell on Saturday evening. The man succumbed to his injuries on Sunday evening. That is the message brought forward by the prosecutor’s office in The Hague today.

The man was in the Netherlands visiting family for the Summer vacation. On Saturday he attended a music festival held in The Hague, where he allegedly said he had a gun in his possession. The police then proceeded to arrest him and he resisted his arrest, whereby the police used force to get him to cooperate and transport him to the police station. En route to the police station, the man fell ill and apparently lost consciousness. The police tried to reanimate him after which he was transported to the hospital. He died on Sunday evening.

The investigative team is calling anybody that has witnessed and maybe even videotaped the incident, to provide the team with information over what transpired on Saturday evening.