PHILIPSBURG, Sint Maarten — On Wednesday, December 21, at 1:45am, a fatal car accident took place at the intersection of the Hulda B. Richardson/Oyster Pond/Bishop Hill roads.

The driver, a 56-year-old male with initials C.S.T., born in Suriname, was traveling in a beige 2012 Suzuki Vitara P-8938, on Hulda B. Richardson Road where the driver apparently lost control of his vehicle, ran off the road, resulting in the vehicle landing on its left side.

The Fire Department was called in for assistance to cut parts away from the vehicle in order to get the victim out. Attempts by paramedics to resuscitate him failed and at 2:50am, the driver of the SUV was pronounced dead on the scene by the doctor on call. His body was later transported by staff of the Emerald Funeral Home to their facility.

The investigation conducted by the Traffic Department concluded that there were no other vehicles involved in this fatality.

~Correction: The man is not a French national as we publish before ~

OYSTERPOND, Sint Maarten — Early Wednesday morning, December 21, at around 2:00am a man driving on the Sucker Garden Road (Defiance section) heading to Oyster Pond Road, lost control of his gold Suzuki Vitara with number plates P-8938. He drove on to the right side of the road, causing his SUV to flip over on its side.

The impact of the accident caused the victim to sustain serious injuries, which resulted in him losing his life. The Fire Department was called to rescue him from the car, and the Jaws of Life had to be used.

Eyewitnesses to the accident told 721news the man was driving at a high velocity and overtook a white car before the accident occurred.

The victim was identified by some bystanders as “Carlos.” Later 721news received confirmation from friends that his correct name was Carlo Talkami. He was from Suriname and was residing in Belvedere.

Later during the day 721news will update our readers on any additional news.

721news extends sincere condolences to the family and friends of the deceased. 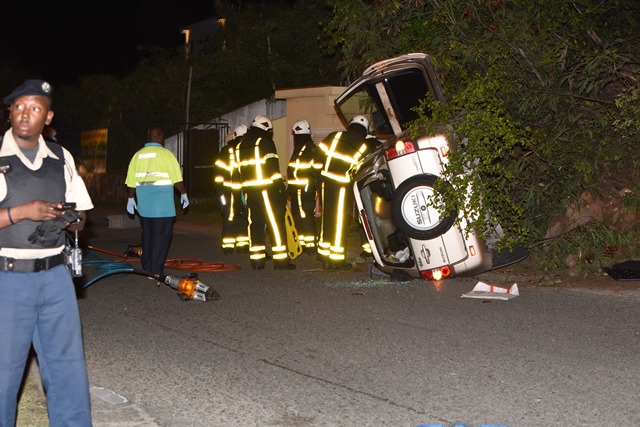 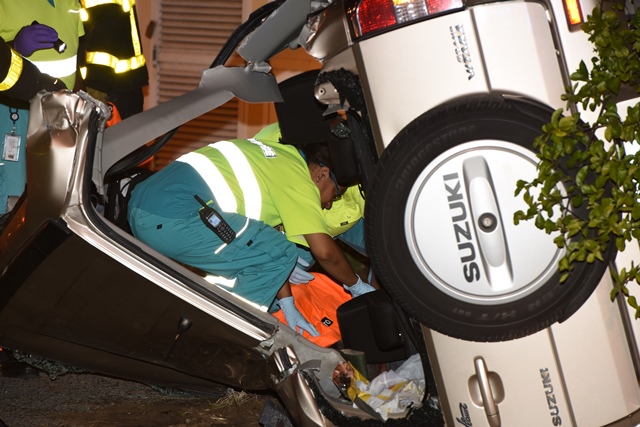 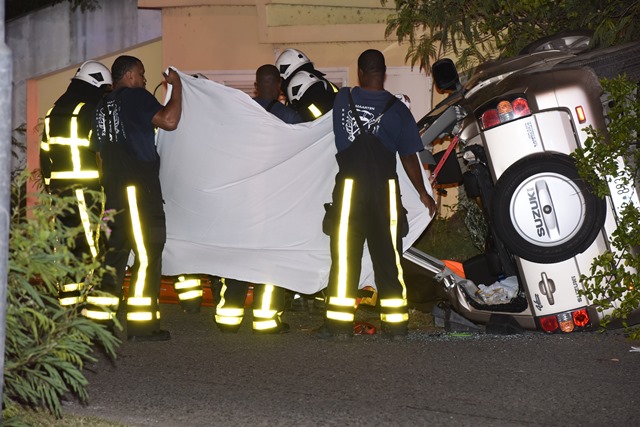