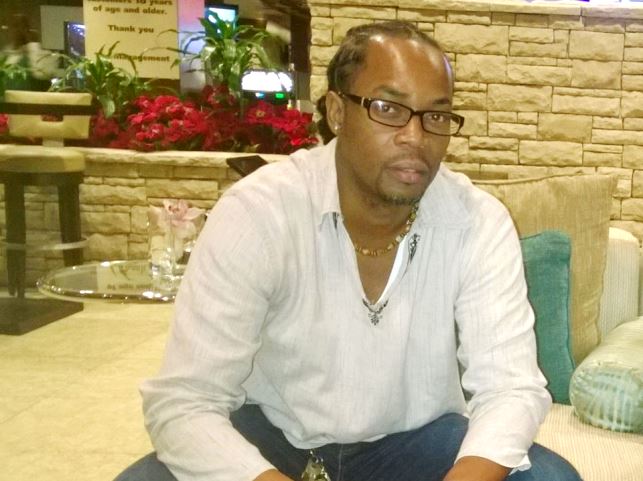 As I sat and read the introduction of a booklet entitled Sovereign Debt, A Guide for Economists and Practitioners by Oxford University Press, my mind began to ponder on the following excerpt in the introduction: Reeling from the effects of the Global Financial Crisis, public debt-to-GDP ratios in advanced economies are at levels not seen in over half a century. Debt vulnerabilities are on the rise in many emerging markets, with some in outright default, and others facing non-trivial financing pressures. And the World Bank and the IMF assess more low-income countries to be in, or at high risk of, debt distress than at any time since the official debt relief operations of the 2000s.

Judging from the excerpt quoted above, and the title of my article being a question, you might be able to get a prelude to some possible answers through the following statement: “A politician thinks of the next election. A statesman thinks of the next generation!” ~ The late Myles Munroe

When you look around and see where we are as oppose to where we could have been, that view is miles apart. I don’t know how you feel but I feel as though our people have been robbed of their full potential and value. And as the late Myles Munroe said, “Anyone that robs you of your value is demonic!”

We often hear the statement about the separation of church and state. While controversy still persists over the constitutional mandate and the exact meaning of the latter phrase, there is general agreement on the point that each individual should have the freedom to practice whatever religion they might choose, and that the government should not favor any particular religious organization by granting it special recognition, privilege, or financial support. ~ Source: Greco, Thomas. The End of Money and the Future of Civilization (p. 78), Chelsea Green Publishing, Kindle Edition.

But why don’t we hear a similar stance about the separation of money and state? Wasn’t it taxpayer’s money that bailed out corrupt bankers in America’s 2017/2018 crises that caused a recession of which effects are still being felt today? But even more subtle is the monopoly on legal tender. Thomas Greco in his book The End of Money and the Future of Civilization (p. 80), Chelsea Green Publishing, Kindle Edition goes on to say: “As I have maintained throughout, the fundamental purpose of money is to facilitate the voluntary exchange of objects of material value between independent persons. The long-established rights of contract and voluntary association argue in favor of the free selection of such facilitating mechanisms that buyers and sellers judge to best serve their mutual interests. To grant “legal tender” status to any particular brand of money, or to support by legislation any particular banking establishment or cartel, is akin to making a law respecting an establishment of religion. There should be no monopoly of credit, no central authority with exclusive power to issue money, and no forced circulation of any currency. The credit power must be decentralized.”

The powers that be have an issue with for example the use of crypto currencies. But just as the stance on the separation of religion goes where we should be free to practice whatever religion we so choose, why isn’t this also applicable to our choice of the medium of exchange to conduct trade? Remember, money only came about because of the shortcomings in barter trade. Money was never meant to replace barter but to alleviate it. And barter trade did not make use of any monopoly money as it allowed the exchange of goods or services directly for other goods or services without using any medium of exchange (an intermediary).  So again, why not also the separation of state and money? The answer will be given within this article but not explicitly; you will have to read between the lines.

The following was adapted from Thomas Greco: “When it comes to financing its operations, government can look either to its current tax revenues or to its future tax revenues. If current tax revenues are deficient, as they almost always seem to be, government must borrow. When government borrows in order to finance its deficits it would appear that it is choosing to tax us later instead of taxing us now. Ordinarily, money borrowed must eventually be repaid out of future revenues. That means there must be eventual budget surpluses sufficient to offset the current budget deficits. But budget surpluses have been few and far between, so governments and central banks together have conjured up another possibility— monetization of the debt and legally enforced circulation of debased currency by means of legal tender laws.” This process however is part of the global problem of why debt-to-GDP is growing at alarming rates.

Those who saw me on the Oral Gibbs program recently would have heard me mentioned the word Cartels. And one of the biggest cartels globally is The Bank for International Settlements (BIS). The following two paragraphs were taken from Ellen Brown, Web of Debt: The Shocking Truth About Our Money System and How We Can Break Free (p. 128-129), Third Millennium Press, Kindle Edition:

In Tragedy and Hope (1966), Professor Carroll Quigley revealed the key role played behind the scenes by the Bank for International Settlements (BIS) in Basel, Switzerland. The BIS was founded in 1930 to serve as the “central bank of central banks.” Quigley wrote: The powers of financial capitalism had another far-reaching aim, nothing less than to create a world system of financial control in private hands able to dominate the political system of each country and the economy of the world as a whole. This system was to be controlled in a feudalist fashion by the central banks of the world acting in concert, by secret agreements arrived at in frequent private meetings and conferences. The apex of the system was to be the Bank for International Settlements in Basel, Switzerland, a private bank owned and controlled by the world’s central banks which were themselves private corporations. In a 1983 article in Harper’s Magazine called “Ruling the World of Money,” Edward Jay Epstein called the BIS “the most exclusive, secretive, and powerful supranational club in the world.” The BIS is composed of 55 member nations, but Epstein said the real business gets done in “a sort of inner club made up of the half dozen or so powerful central bankers who find themselves more or less in the same monetary boat” – those from Germany, the United States, Switzerland, Italy, Japan and England. He wrote: The prime value, which also seems to demarcate the inner club from the rest of the BIS members, is the firm belief that central banks should act independently of their home governments. . . . A second and closely related belief of the inner club is that politicians should not be trusted to decide the fate of the international monetary system.

Japan for more than two decades has fallen into a liquidity trap. Despite extensive monetary policy easing by the Bank of Japan and large government budget deficits since then, the economy is not moving. Also, since Japan’s overall population is shrinking due to low fertility rates, the aging population is rapidly increasing. But why are there low fertility rates in Japan, which also seems to be a trend happening in other developed countries? See: https://www.npr.org/2018/12/21/679103541/japans-population-is-in-rapid-decline
and
https://www.bloomberg.com/graphics/2019-japan-economy-aging-population/

Japan’s virus seems to be spreading to the rest of the World. Europe is heading towards a similar faith and America is starting to show signs of some aspects to Japan’s liquidity trap situation but more from an income and wealth inequality perspective. Aging demographics as it relates to inflation has not been properly explained to the masses as the powers that be wants you to believe that pushing up the pension age is a must mainly because persons are living longer. In part two I will explain that there is more to it than that and the historical precedence given here in part 1 will allow you to understand the real dynamics that are at play. Be careful of smoke screens. And this is why true leadership is so important. As the late Jacque Fresco said “The men in “Washington” should be at the forefront of technology, the forefront of human study, the forefront of crime. They should know all the factors that shape human behavior.” Stay tuned for part two.