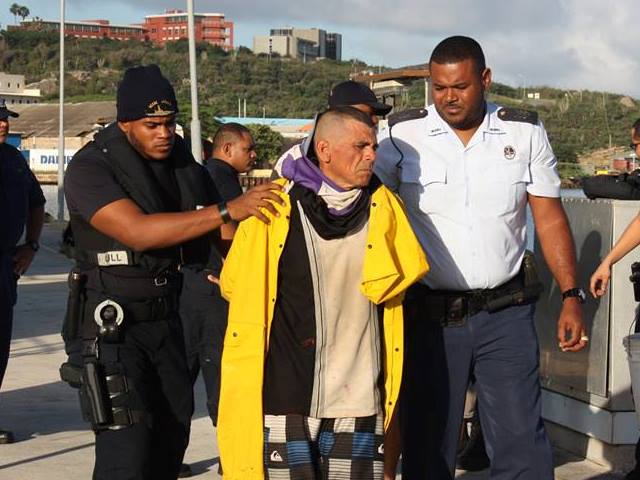 WILLEMSTAD, Curaçao – The Caribbean Coastguard (KWCARIB), in the early morning of Tuesday, January 3, detained a vessel with two Venezuelans.

The radar operator of the Rescue and Coordination Centre of the Coast Guard detected a suspicious contact southwest of the island. A unit from the Coastguard Fulcrum Curaçao was deployed right away.

South of Santu Pretu they found an unlit vessel type yola that again returned to the south. This vessel was observed by the crew Super-RHIB ge-collar, that there were two people aboard who could not show valid residence papers.

The yola was applied to the Fulcrum to Parera. Both crew members of Venezuelan nationality were transferred to the police. The case is still under investigation by the Coastguard and Police.